Over the past few years, the economic benefits of legalizing and regulating cannabis have become apparent when looking at medical and recreational states. Currently, Cannabis is the most widely used illicit drug in the world. In 2019, U.S. sales were an estimated $13.2 billion and are projected to exceed $35 billion by 2025 according to New Frontier Data1.

Looking at the old arguments of legalizing cannabis we now understand that the medical drug doesn’t necessarily lead to homelessness due to loss of drive and being a gateway drug. The economic benefits of legalizing cannabis and scientific studies now cancel out previous thoughts about the danger of marijuana. Since the recreational and medical legalization industry in different states, there has been a steady increase in employment and retail sales.

Reviewing legal adult-use states (recreational) such as California, Colorado, and Washington we can see that the tax revenue brought in from the cannabis industry is tremendous. To this day the United States is the largest legal market of cannabis in the world. Colorado State University’s Pueblo Institute of Cannabis Research 2 states that the industry has contributed more than $80.8 million in 2017 to the local economy.

Many states will often place tax revenue into education, medical centers, technology, and health programs. New Frontier Data estimates that theoretically if the entire country had federally legal cannabis the estimated federal tax revenue could reach $175.8 billion. To learn more about 2019’s cannabis data watch a quick CannaClip on Cannabis in the U.S. Economy 3. If this were to be true, the number of jobs would increase along with the financial support each state would receive from the cannabis industry.

Contrary to popular belief, legalizing cannabis can help to lower the unemployment rate and the potential number of youth illegally using the drug.

Thanks to the cannabis industry many new jobs have been created helping to lower unemployment rates in different states. Jobs are required to help run the operations on the agriculture side, retail side, and law enforcement side of cannabis.

Not only are there opportunities for job growth in the cannabis industry with agriculture, consulting, and dispensary operations, but there are also opportunities in construction, finance, marketing, software development, law enforcement, and other industries. This industry is just getting started with the number of job opportunities6 that will be available over the next few years.

ZONING IN ON THE CONCLUSION

By legalizing and regulated cannabis,  state economies could see dramatic improvements contributing to community prosperity. Tax revenues and employment opportunities are allowing cannabis to be projected as one of the fastest-growing industries globally. Although the cannabis industry is relatively young in its evolution as a regulated economic catalyst, it is creating head-turning figures for people and businesses alike. The economic benefits of legalizing cannabis are immense.

If you’re interested in learning more about the cannabis industry, read more of our articles. At Zoned Properties, we strive to bring you the latest news in cannabis and real estate. 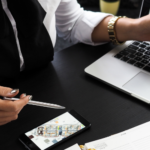